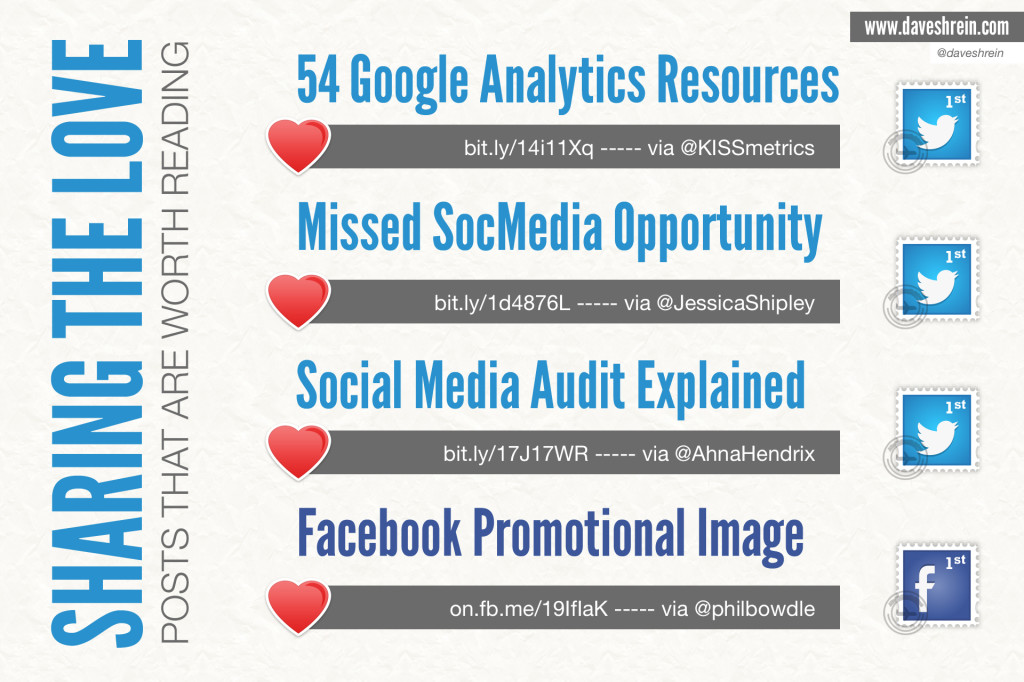 There’s so much on Twitter that I want to share! If I shared everything than nothing would stand out. So, here are a few standout posts from the past weeks that are worth taking a look at!

“@GavinDonovan: Leverage your employee base to amplify your social media efforts. http://t.co/No4dmXs8ui” Exactly what I need right now.

@DaveShrein Here’s a fun one I just put together: https://t.co/SkOwcUfsKu

Recruit Volunteers Who Want to Change the World