What dreams have you had that never came to be? For Isaiah Austin, a center from Baylor who had made himself eligible for the 2014 NBA Draft, his dream has been to hear his name called by the commissioner of the NBA, making his entrance into the world’s elite basketball association.

Isaiah will not play in the NBA. He will not be drafted.

Blood tests revealed that Austin has Marfan syndrome, a genetic disorder that affects the body’s connective tissue and will end his playing career. One symptom of this syndrome is enlarged arteries which, if stressed, could cause Austin’s heart to burst. In an interview shown on ESPN.com, it is clear that the 20 year old is still dealing with the reality that his dream, one almost within reach, will not be realized.

Watching the interview it is easy to begin to wonder what will become of his life. Isaiah’s response to his broken dream will influence the rest of his days. He can either be defined by a disease or he can be defined by overcoming a broken dream to realize a new dream.

There are many things in the past that are completely out of control. However, the one thing that is in our control is how we respond today. 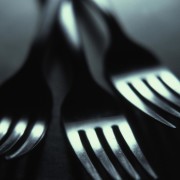