Mark Shaw had over 40k followers on Periscope and his shows averaged easily over 100 viewers… usually it was nearly 200. As a matter of fact, there were many broadcasts that wouldn’t allow new commenters because it was already packed with people sharing and engaging.

In summer of 2016 Mark deleted Periscope, along with nearly every other social media profile he had created, washing away years of work as well as, presumably, hundreds of thousands of potential connections.

That’s the subject of this conversation wth Mark Shaw.

Mark Shaw jumped on Twitter, Day 1, and has become a go-to for many who want to unlock the power of Twitter as well as learn about the inner relational workings of social media. With over 30k followers on Twitter, when Mark moves, people listen and as a result he built several highly successful social media platforms, engineering a strong community of like-minded people.

In this conversation I talk with Mark about the thought process behind deleting nearly every social media profile he had created (in the conversation he mentions he now only uses Facebook Messenger and Twitter) and we discuss many of the objections one would have before doing the exact same thing. 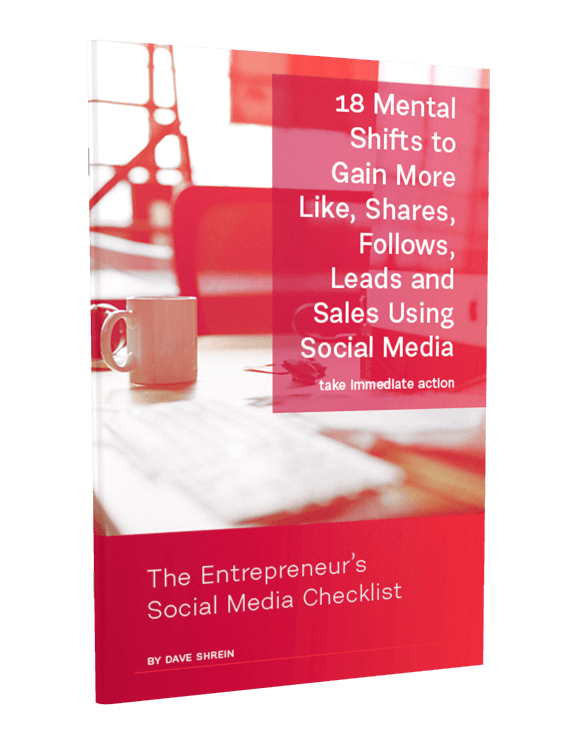 The Entrepreneur's Social Media Checklist is an ebook you can read in under five minutes and the content inside can be implemented immediately. Provide your email address below to get instant access!

No spam. No junk. Just a checklist that will get you unstuck.

How to Use Snapchat
Scroll to top