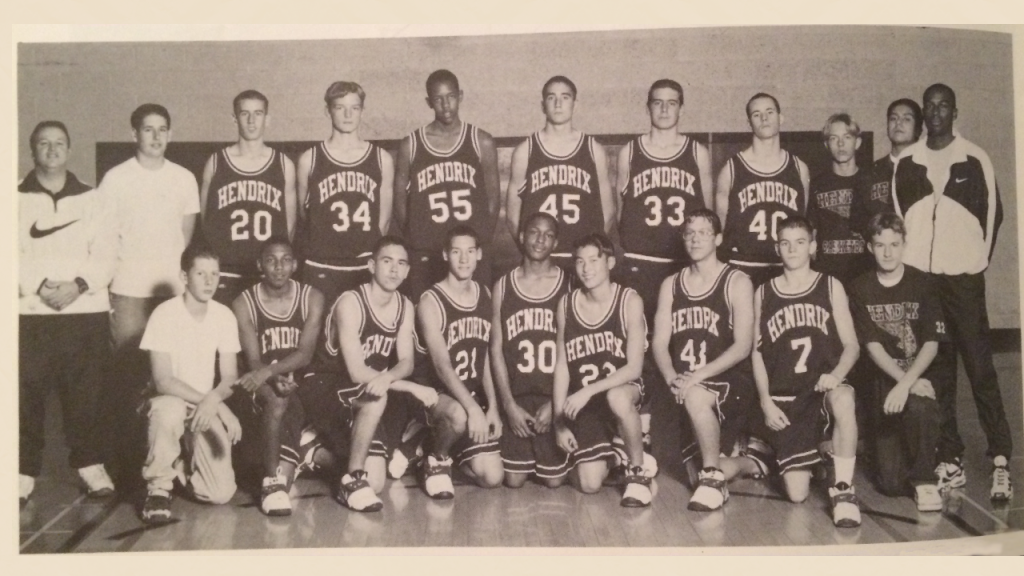 When we don’t see immediate results after dedicating hard work and hustle, frustration can mount and thwart forward progress. To commit countless hours to a purpose, only to fall short, leaves too many talented leaders in a state of defeat. Too many give up too soon.

When men and women give up because of failure, they rob the world of the moments when they were destined to shine.

The Moment of a Freshman

I have a memory that will occasionally resurface. It’s from the fall of 1997 at the beginning of tryouts for our freshman basketball team. I don’t recall how many guys tried out but I do remember that I was not one of the final 15 selected for the team.

Though few believe me, the truth is I grew up as a ‘big’ man. I hit 5’3″ by sixth grade. On the school playground I was only a few inches shorter than Channing Frye. Yes, THE CHANNING FRYE of the NBA’s Phoenix Suns. On occasion I would guard Channing. Those match ups were short-lived as he rapidly grew much taller than anyone else in school. By the time freshman year arrived, I had topped out at 5’9″ and didn’t possess the necessary skills a player of my size would need to succeed.

I didn’t make the team.

Just to Be Part of the Team

I wasn’t good enough to make the roster so I volunteered to be the manager. I did the team laundry, managed the team supplies and swept the gym floor. It was easy work because I knew what I wanted – to be a part of the team.

Not being on the roster didn’t mean I couldn’t practice with them. I took part in conditioning, participated in drills and was on the floor for shoot arounds. Most of all, I had a gym at my disposal. I still had dreams of playing competitively and so I used every moment in that gym to my advantage. I was determined to be prepared for my next opportunity, my moment!

Prior to our final home game coach gave me a jersey, #53, and said I would be suiting up. I was ready to make the most of my moment.

With five minutes remaining in the first half, coach called my name. My teammates wanted to give me an opportunity to shoot but my first shot bricked. After a couple trips down the court I got the ball out on the wing just behind the 3-point line. I took my shot and it went straight through. The student body knew my story and they exploded with cheers and applause. It was one of the proudest moments of my life.

The internet plays a nasty trick on us. It says that if we don’t achieve one million views, ten thousand followers or even one thousand fans immediately, we fail. We are conditioned to be fixated on results.

We don’t see the hundreds of missed shots before the game winning basket. We don’t see ten failed blogs before the writer begins working full time on his or her latest blog. Behind nearly every moment of success is a lengthy history of what it took to arrive at that moment. Most of that backstory is drenched in sweat.

You have something unique and amazing to offer the world. Don’t allow frustration to stand in the way of practice and perseverance. Don’t give up until your moment arrives.

What Is Your Dream?

What is your dream and what is a step you are committed to take in 2014 to help realize that dream?

We All Have A Special Light
Scroll to top