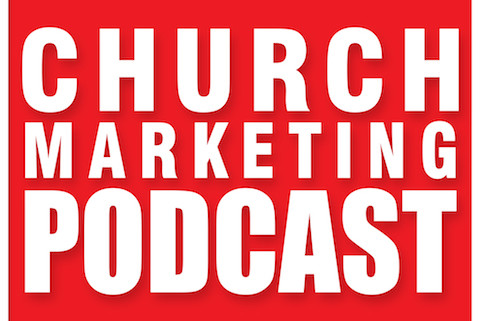 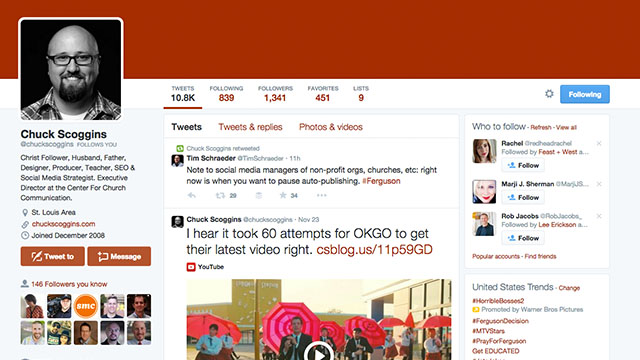 In November of 2013 I wanted to expand the reach of my blog and decided to start a podcast. I gave two sample episodes to my friend Chuck Scoggins, a guy I had known only through Twitter. I sent audio links and asked for feedback. Chuck sent me this response, “I think they’re good. Before you do anything I want to talk with you.”

We scheduled a phone call (remember, we only knew each other through Twitter) to discuss whatever it was he wanted to talk to me about.

“I think those episodes are good, but I wanted to talk with you about an opportunity before you do your own podcast. The organization I’m working with for church communications has wanted to start a podcast but we haven’t had the right person to host it. We have a couple names in mind of people to talk to and you’re one of them. Is this something that you’d have any interest in?”

It was completely unexpected. Chuck didn’t know me, we’d never met and this had been our first phone conversation. The only connecting point we had was through Twitter. Apparently my Tweets had left an impression on him.

I’m very thankful for that phone call. Thanks Chuck!

I Became the Host of the Church Marketing Podcast

After prayer and talking it over with my wife, we both decided this was a good pursuit for me. In March of 2014 we launched a series of mini-episodes to get a feel for how the podcast could go and in May of 2014 we released the first episode.

Since that initial episode we’ve experienced over 10,000 downloads of the podcast and a handful of five-star reviews in the iTunes Store.  I’ve had the opportunity to work in Nashville and California for the CFCC (the organization I do the podcast under) and have received dozens of emails along with hundreds of Tweets from listeners telling me how the podcast has helped them in their church.

One Moment Changes All Your Moments

As I reflect back on the past year, it’s been amazing to see how my single conversation with Chuck has impacted my life. There is a risk when you take a relationship from Twitter buddies to a phone conversation, but in my experience (and hopefully Chuck would say the same) the risk is worth the payoff. Chuck has become a dear friend and I frequently send him random texts (that’s right, we text now) saying, “Move to Arizona.”

I believe now that one moment can change your life. Do we typically look back at those moments in gratitude or do we forget they existed and live only in the here and now? Some catalytic moments are special because they represent the formula for success: preparation+opportunity=success. There are other moments of challenge or even tragedy. These moments are tied to success in and of themselves, but they project an opportunity to experience a new kind of success. The success of overcoming adversity.

Your Moment Awaits You

That conversation with Chuck also influenced another very big moment in my life. Because Twitter has been so catalytic in so many opportunities like hosting the podcast, I decided that everyone needs an opportunity to understand it. I am no more unique than you. I am no different than you. I simply have friends who are in strategic positions and offered me strategic opportunities. Because Twitter has been so influential, I created what I call, “Guide to Twitter by Dave Shrein” (the Dave Shrein part is so I don’t get sued).

The guide is a pretty big accomplishment for me. Take a look.

The guide is an opportunity for me to share everything I’ve learned in regards to Twitter in hopes that you will be able to realize your moment. You know you have a voice, a talent, something important to share.

Your moment awaits you. The question is, are you going to go out there, find it and seize it? 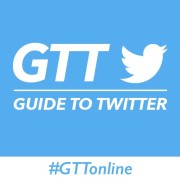 Thankful | All About Helping People