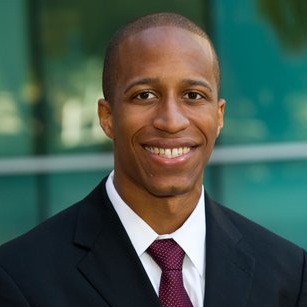 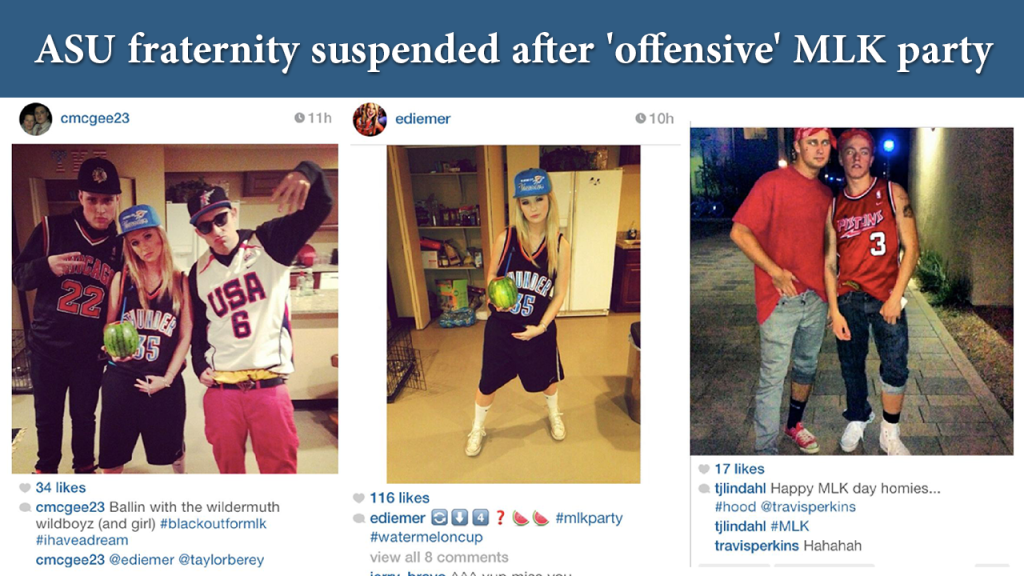 My son is named Isaiah for a reason. Yes, Isaiah is the name of a prophet from the Bible but I didn’t know him personally. When my wife and I were considering names for our first born we wanted him to be connected to a man who we admired. We named him Isaiah after our friend Isaiah McCoy. Yesterday, I was reminded why we chose to name our son after this amazing man.

Isaiah McCoy is graceful and restrained yet strong and wise. He stays away from meaningless debate. When I saw the “… See More” message on a Facebook post I knew what he had to say would be worth reading.

A Graceful Response to Racism

A recent story broke surrounding an “MLK Party” held by an Arizona State University fraternity. In summary, students arrived at the party dressed in “basketball jerseys, flashing gang signs and even drinking from watermelon cups.” For a more complete story you can watch the news report below or click here to read the story.

Isaiah, an ASU graduate and African-American, posted a response to the story on his Facebook page and I asked him if I could share it here. I wanted to deliver his response to my readers because it is a prime example of wisdom and leadership in the face of offensive and ignorant behavior.

Unfortunately, this story has been getting a lot of press. As an ASU graduate and an African-American, I wanted to express my gratitude for all of the people I met at ASU who were encouraging, intelligent, friendly and just all-around solid people. The actions of a few individuals fail to accurately portray ASU and the wonderful university that it is. I was also disappointed to read that some individuals think of my ethnicity as being a bunch of stereotypes, such as thug life, baggy pants, watermelon, etc., as if stereotypes are what truly define a culture. And, honestly, the actions of these students fail to accurately portray African-American culture, which is not easy to define in the first place. Even if certain things are generally considered to be a part of African-American culture, mocking someone because he or she is different from what is considered “normal” by subjective standards is classless. I sincerely enjoyed being a student at ASU, and I was blessed to never see anything like this while I was a student there or to have anyone make fun of me to my face because of my ethnicity.

I hope people continue to look beyond my skin color and any pre-existing stereotypes and get to know me as a person, and I am so grateful that people have done that with me and continue to do so on a daily basis. These actions were immature, and it’s time to address them with respect and cordiality and move on. Others have experienced far worse in life – death threats, beatings, etc. – on account of their ethnicity. Again, I am thankful that there are so many people at ASU who don’t condone this type of behavior and ignorance. Everyone makes bad decisions at some point in life, and it’s a good time to clear the air. These students were within their First Amendment rights, but I refuse to prop their actions up as something I can support or encourage. ASU is bigger than this incident, and I hope that the individuals involved can learn from the experience and move on, as well.

What happened with a small group of students won’t deter me from supporting ASU and for giving thanks to the people and institution that helped me achieve my educational goals and dreams. I will always be grateful for the opportunity to attend and graduate from college, which is something none of my grandparents experienced while living through Jim Crow in the South. Thanks again to the people who have treated me and others as individuals regardless of their ethnic backgrounds and cultures.

As somewhat of an outsider looking in (I am neither African-American nor did I attend ASU) I can appreciate the restraint and intentionality of this word and hope that when a moment comes that demands a response from me, I can do it with such class.

Thank you Isaiah, for setting such a great example for myself, my son and all those who’s lives have been impacted by you. Well done.

The Importance of Getting Seniors Online
Scroll to top